Energy Management Systems (EnMS) are a set of business processes that enable facility managers to act on energy usage data and optimize efficiency while identifying areas for improvement.

Buildings and facilities rely on the operation of mechanical systems and electrical systems to maintain a high level of indoor environmental quality for occupants. Building operations consume approximately 40% of the energy and 74% of the electricity produced annually in the United States, according to the U.S. Department of Energy. Greenhouse gases are generated and released for the production and consumption of the fossil fuel energy used in buildings. These greenhouse gases directly contribute to air pollution and climate change. Therefore, atmospheric problems can be reduced by increasing the efficiency with which energy is used‚ optimizing the use of natural energy resources‚ and understanding the effects of energy technologies on the atmosphere.

Indoor Environmental Quality (IEQ) is most simply described as the conditions inside the building. It includes air quality, but also access to daylight and views, pleasant acoustic conditions, and occupant control over lighting and thermal comfort.

In the construction and day-to-day operations of buildings, many materials and resources are used and a great deal of waste is generated. The materials selected for use in a facility and the way they are disposed of impact the environment.

Buildings are significant users of the Earth’s freshwater supply. The goal of a responsible building operator should be to encourage a smarter use of water, both inside and outside the facility.  Indoor water use reduction is typically achieved through efficient plumbing fixtures, fittings, appliances and process equipment used to heat and cool the building; outdoor water use reduction efforts should focus on water-wise landscaping and efficient irrigation.

Learn why nature is so important to us, what we know about the benefits of nature, and how biophilia is being applied in buildings, particularly in urban settings. Continue reading: Biophilic Design

A variety of physical building characteristics and operations policies should be evaluated for compliance with and support of the spaces’ health and wellness goals. Continue reading: Building Selection

Plug loads refer to energy used by equipment that is plugged into an outlet. In an office, key plug loads include computer and monitors, printers, and copiers. Plug loads can average approximately 30% of electricity use in office settings, much of which can be attributed to parasitic loads (or the power draw of a plug-load that is not performing useful work).

You can reduce plug loads by up to 50% at your facility by utilizing an integrated team approach and implementing simple, no cost and low cost plug load control strategies.Explore the Plug Load section to discover the importance of advanced power strips (APS), occupant education and power management in combating these energy-wasters.

Sustainability is best thought of as a process, rather than an end state. Sustainability means to create and maintain conditions that balance the economic, social, and environmental requirements of present and future generations. In order to achieve such conditions, new ways of designing, constructing and operating buildings and facilities must be identified. Continue reading: What is Sustainability

The challenge for building design and operations is to identify and eliminate health risks while also providing positive physical, emotional, and social supports as well as coping resources.

A primer for building personnel who are new to climate change topics or looking for additional resources Continue reading: Climate Terms and Tools

Learn about about energy storage at the building level, and the benefits, challenges, opportunities and cautions. Continue reading: Building Energy Storage

The Federal Government must purchase products that contain recycled content, are biobased, and are energy and water efficient; and, to the maximum extent practicable, purchase sustainable products and services identified or recommended by the Environmental Protection Agency (EPA). Continue reading: Vendor Resources

The primary goal of this module is to promote the positive impacts of implementing a healthy cleaning program Continue reading: Healthy Cleaning

The Importance of Daylight 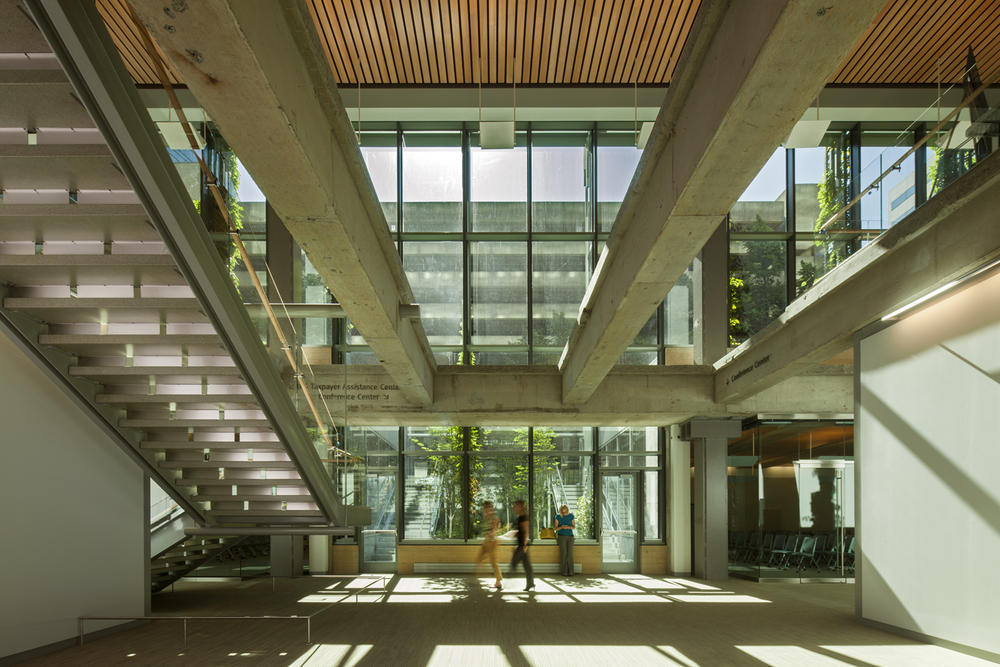 While many people prefer to be in spaces with abundant daylight, a critical question is to what extent the benefits of daylight matter to those who spend the majority of their time indoors, particularly in an office setting.