The Aspinall project team took a unique approach to the GSA peer review process by continuing to engage with the peer reviewers after the mandated reviews ended. They recognized that the GSA had a lot of in-house expertise that could be beneficial to the project. –Aspinall, GSA Peer Review & Expertise

The Aspinall project team hosted the first peer review on-site. They led the peer reviewers on a full-building walk-through at the start of the session, which enabled everyone to explore the existing condition of the building and the surrounding context. This not only gave the reviewers a better understanding of the project, it also laid the groundwork for a collaborative working relationship between the two groups before the design was officially presented. –Aspinall, Meetings & Workplace Environment

The majority of the project-team roles were assumed by Beck and WRL, including those usually filled by outside consultants. WRL had in-house engineers, historic preservation consultants, and sustainability consultants on the project team, enabling a tight integration of expertise into the core team. Including key consultants in the team also increased decision-making efficiency by reducing the time and effort traditionally spent on coordinating with external consultants. –Aspinall, GSA Peer Review & Expertise

The Edith Green-Wendell Wyatt project team developed a questionnaire to facilitate the process, asking subcontractors to describe their strengths, previous experiences, outcomes, and ideas for the project: “ We tried to actually make the subcontractors co-owners of the project. We asked them for ideas. Most of them included a value engineering (VE) recommendation.” –EGWW, Team Selection

The level of accountability among team members was key to developing trust: team members noted that they believed that others would perform as promised and that each team member or organization would hold themselves responsible. –Aspinall, Team Building & Collaborative Culture 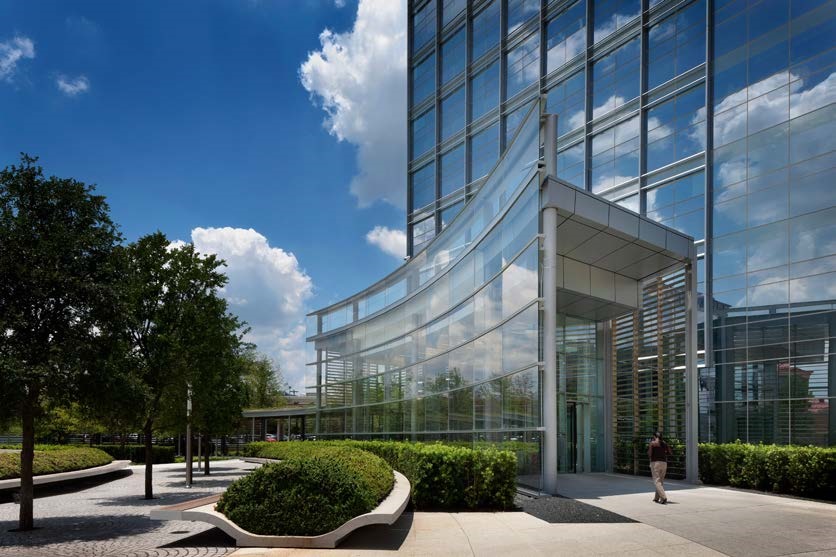 “If you’re convinced everyone is trying to do what’s best for the project and getting it wrapped up in the most effective way, it’s pretty easy to sit down and have a straightforward conversation, ‘these are the challenges we have.’ And it did not feel like I had to constantly worry about what was documented” –Leland, BIM & Design Documentation

A high level of trust and a collaborative culture on the team was greatly facilitated by the fact that the key design-build firms had a presence in the Houston area and most of the leaders were well known in the local community. –Leland, Team Building & Collaborative Culture

Preexisting relationships between team members led to ease in establishing and maintaining collaboration. The architect and contractor had extensive experience working together but not in the design-build setting. The strong relationship made it relatively easy to adapt to a design-build team. –FCS, Team Organization

The team’s highly collaborative culture was centered on prior working relationships between SOM and Clark and SOM and Benson Industries. –LACH, Team Selection

The remote location encouraged team members to engage with each other outside the job site: for example, team members frequented a local restaurant for dinners. The team noted that the increase in direct working relationships and the ability to get to know each other on a personal basis strengthened communication, trust, and respect among the core team members. –Aspinall, Team Building & Collaborative Culture

Despite what could have been tense situation between tenants and the project team, tenants were also aligned with the overall goal of an updated and aesthetically beautiful building that could be a source of pride in the community. Gilbane’s project engineer/project manager recalled…“although tough at times, we were able to make those adjustments with the tenants because of the good relationships that had been built with them and we had with GSA. We had an understanding of their needs.” –Leland, Goals & Alignment