The 911 Federal Building was constructed in 1953 by the Lloyd Corporation and leased by GSA until it was purchased in 1959. It is named for the associated street address -911 NE 11th Ave, Portland, OR.  Originally known as the Department of Interior Building, it housed Bonneville Power Administration (BPA) until 1987 when the BPA Building was completed on the adjacent site.

This modernist building in the international style provides eight floors of office space, an auditorium, childcare facilities, conference rooms, and a basement with one level of underground parking. It also includes a small penthouse level and a sub-basement for mechanical equipment. Spanning two city blocks, the building’s north and south sides are sheathed in glass and aluminum panels while the east and west sides are comprised of white marble. This design provides continuous natural daylight throughout the open office space. This building is adjacent to and shares common areas with the Bonneville Power Administration (BPA) Building (OR0058PE) and together they are known as the Eastside Federal Complex.

In 2010, utilizing ARRA project monies, a complete upgrade of the facility infrastructure was undertaken. This included installation of new cooling towers, new boilers, new state of the art chillers with magnetic bearings that require no oil, and a new building automation system which included new controllers on all mixing boxes and the elimination of all pneumatically operated valves and components. This allowed for the elimination of two air compressors. Also included was an approximately 11,796 sqft planted roof which is composed of a beautiful mix of sedum.

Undergoing the investigation necessary to obtain ARRA funding and another subsequent investigation for the LEED certification process at this building revealed several opportunities for better performance and demonstrated good operating procedures. A couple of outstanding discoveries make good examples of what happens during a thorough investigation of building systems.

Through the use of Advanced Metering it was discovered our boilers were coming on during the weekends. Investigation found a program that was buried 6 layers down that was commanding the boilers to operate 24/7. Without the Advanced Metering triggering the investigation the problem would have never been discovered because searching the schedules did not indicate such programming. Significant energy savings was accomplished. 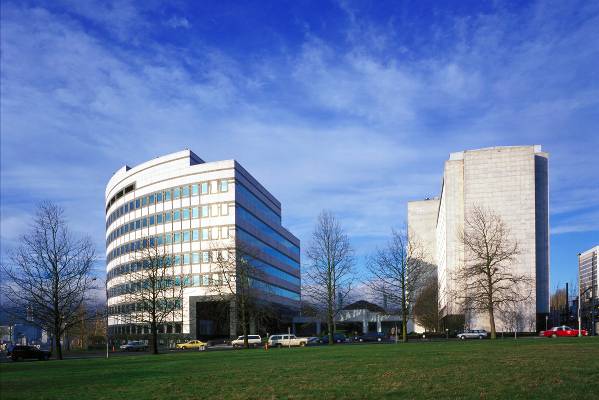 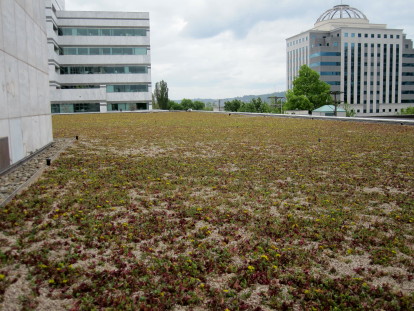